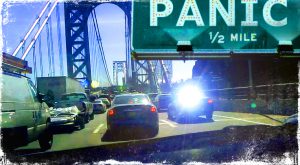 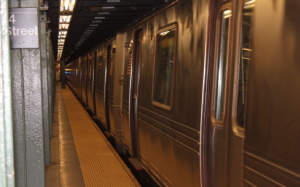 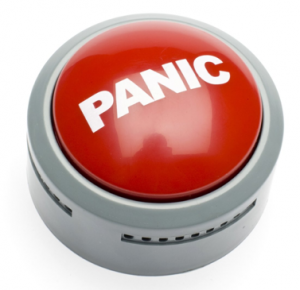 Thanks for talking with me Barbara. Since panic disorder seems to creep up out of nowhere to affect people, do you feel that it’s genetic, a learned behavior or what?

Personally, I feel I was somewhat predisposed to my condition. My parents were very overprotective. I didn’t label them as “phobic” but they had their tendencies. Thinking about it now, my mother & a few of my aunts never liked to drive. There doesn’t need to be a family history of socially induced disorder for a person to be afflicted with the illness, but I have undoubtedly seen a pattern within many of my clients.

So talking about it with one’s family is important?

Yes, but people are quite resistant to talk about it..embarrassed, which strengthens the fear as well. A person that’s susceptible to panic should really attempt to talk with parents, uncles and aunts to see if they’ve had similar feelings. There’s usually a common thread. See what they remember, even if they’ve never labeled it as panic disorder. Especially since there are so many undiagnosed conditions that people, not simply, live with.

I guess it’s nice to have company too..

Sure, it’s comforting when feelings can be validated. People that experience episodes of panic often think that they’re going crazy or are told by others that it’s all in their head, so “Get over it”. That’s why it’s so helpful to find a supportive group that share similar experiences. It’s really difficult to face this alone.

Where do you think all of this stems from? As you said earlier, it seems to come out of nowhere.

While no one knows for certain, most of the time there’s a connection with a very difficult situation or traumatic event that happens to that person. That negative experience seems to trigger “something” which the mind has a tough time processing.

The 1st time a person experiences severe panic in a particular situation, it translates into extreme fear. The problem is when the person runs from what they THINK is causing this fear (i.e. public speaking, bridges, etc.) & the brain begins to believe, “I felt better because I got away from what I was afraid of.” So naturally they begin to stay away from that which they’re afraid of..strengthening the monster they’re running from. It’s a snowball effect. And just as nobody forgets their first sexual experience, the same is true with a person’s first panic..they NEVER forget it.

Are there any similarities among the people that you’ve helped with these issues?

To me, it seems like people that are more susceptible fall under the creative type. A lot of Type A personalities..control freaks but various professions: lawyers, quilt makers, doctors, artists. But ALL I’d say were high stress, worriers “what if’ing”. Worrying about the outcome before they’re even in the situation. And I’d say the majority of them are people pleasers. 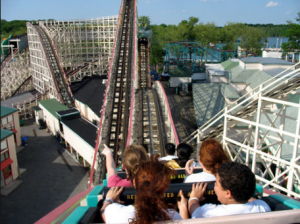 40 seems like the magic number for some reason. Many have tendencies when they’re between their teens & late twenties, but they don’t seem to surface until they reach their late 30s. They most likely experience small episodes when they’re younger but they don’t know what’s happening. They have a difficult time labeling it or choose not to confront it via drugs or alcohol.

When someone is experiencing episodes of panic, what do you think is the best course of action to take.

Thanks Barbara for your time & expertise.

Anytime. I’m happy to know I can assist people to move forward with their lives!

If you’d like to get in touch with Barbara, send us your contact info & we can pass it along to her.