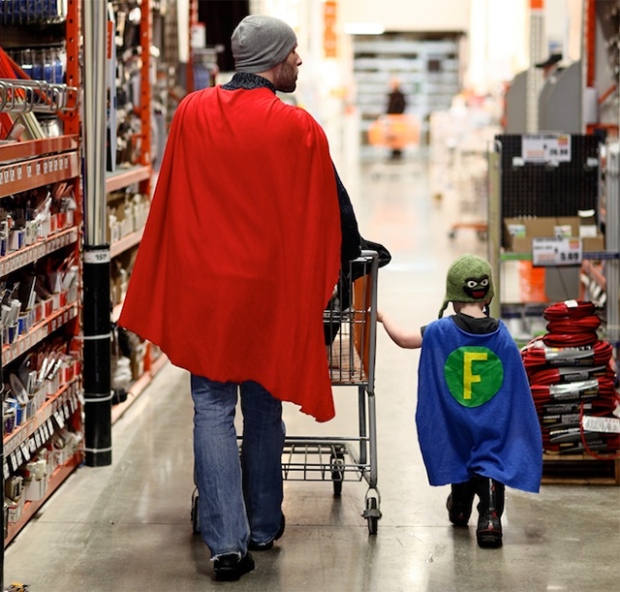 On a typical January day up North, one of our many SUPER talented contributors to Daniel Tiger’s Neighborhood went shopping at Home Depot with his son. And while typical of many that work in preschool TV, he was naturally dressed in a cape.

To be perfectly fair, his son rarely goes out without his cape & upon realizing that his Dad was without, he simply asked,

The duo’s photo was taken by none other than Mom, and shortly after she posted the photo for friends, it went viral in no time at all. Far be it from us to disclose the secret identities of the fearless crusaders but let this be a lesson to all mortals:

• His only incentive was Boy Wonder’s happiness

Take time out of your week to not act your age with your kid, because before you know it, they’ll stop asking you to wear a cape in Home Depot.

And to our Super Talented B–, “Sincere thanks for all you bring to Daniel Tiger’s Neighborhood & simply for the record, You ARE the man!!”

“The proof that the little prince existed is..that he laughed and that he was looking for a sheep. If anybody wants a sheep, that is a proof that he exists.”
– Antoine de Saint-Exupéry, The Little Prince 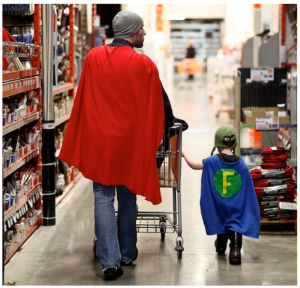