Why do some kids TV shows work?

There’s a huge amount of R&D that goes into successful programs. On PBS Kids’ Daniel Tiger’s Neighborhood,we set out to create a show that would make the tenets of our socio-emotional curriculum as clear & straightforward as singing the ABC’s or counting to 10. We know that socio-emotional skills are skills that kids need for life.

But how do you teach through TV?

At the end of 40 episodes, we want preschoolers to have seen the world through Daniel’s eyes & feel what he is feeling, learn the words that he uses, care so much for Daniel, and most of all, comprehend, learn & use the strategy of the day in their own lives.

A lot to ask? Well, I’m the one who’s guilty of pushing for an entire kindergarten readiness curriculum for Blue’s Clues & to ensure that kids’ reading skills skyrocket via Super Why. So, I’m always up for a challenge. And besides, us parents know how smart kids are. If we can give them the information in a well crafted story that they are interested in, they will learn. A LOT.

The key to creating a show that effectively reaches & engages children, is to involve the young audience in the process. We test our episodes starting very early on in the scripting stage, reading a script with storyboards to our most honest critics: the kids.

In our first episode, Daniel and his friends set out for a picnic at the Clock Factory Park. They set up a picnic with a blanket, some snacks & games to play. But, alas, it starts to rain! Disappointed, the kids run inside the clock factory. 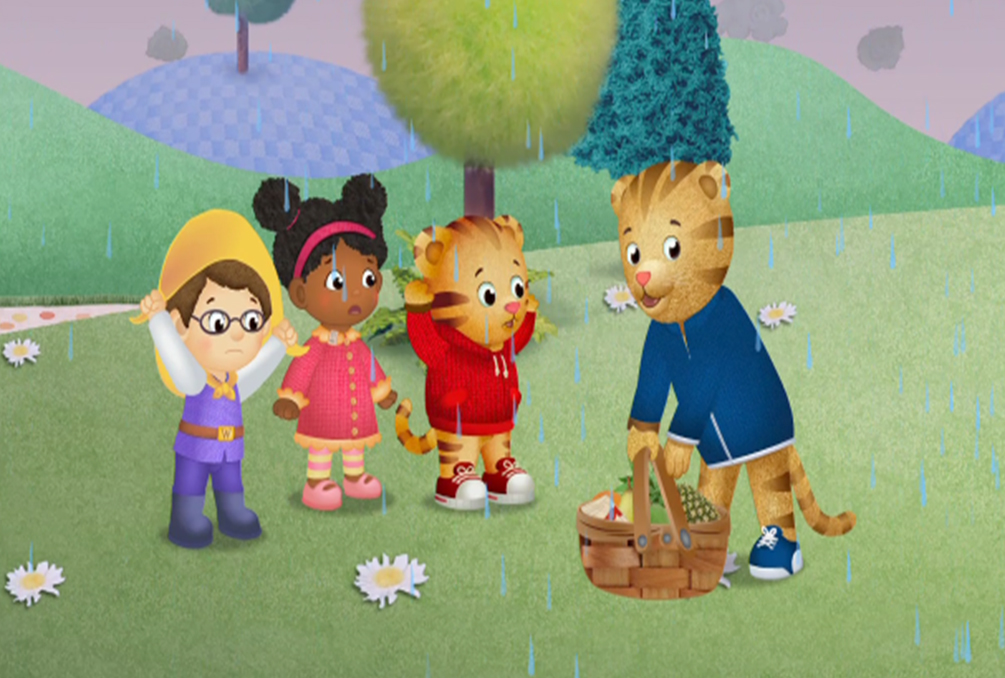 Dad Tiger takes his time talking to the kids, breaking down the strategy to help Daniel & the home viewer apply it. Dad then sings the strategy to drive his point home: When something seems bad, turn it around, and find something good!

Suddenly, all the clocks inside the clock factory start to light up & chime all at once! The kids have an idea as to how to turn their rainy picnic around. “What about an inside picnic, with all the clocks?”

Hurray, the kids are not disappointed anymore. 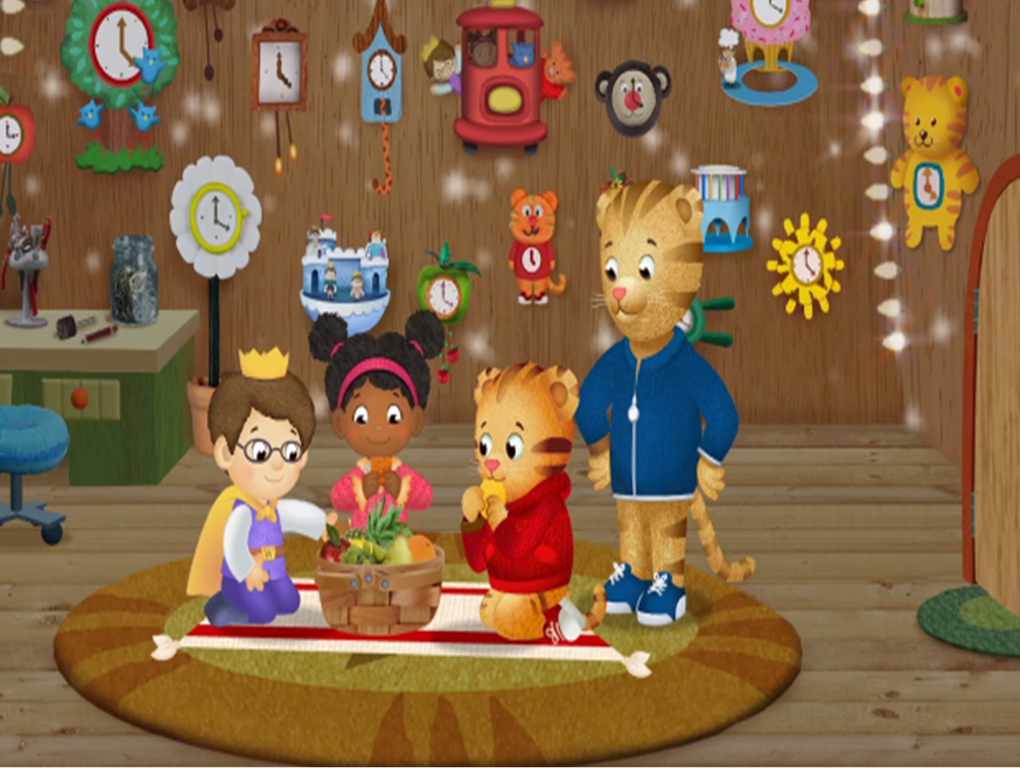 Rachel Kalban, MA, head of Out of the Blue research held many sessions on this first script. What she found at the end of the first script testing is that the kids in research knew, after one reading of the story, that disappointed meant sad. This result came from children who didn’t have any knowledge of the word beforehand.

Success!   [ If you’ve just joined us from Bonbon Break, welcome! ]

Excited about our success, we decided to drive the idea home. Since we know that repetition is the key to learning, we decided that the 2nd 11 minute episode in the 1/2 hour should be about disappointment, as well. A different story, but 1 focusing on the same theme. At the end of 1/2 an hr, preschoolers would have about 10 instances of “disappointment” in the animation alone, including a full 1 minute song that exemplifies the use of the strategy. This ensures that all kids would walk away having learned our theme & strategy. Because preschoolers like to watch shows over & over, the learning would only multiply after repeated viewings. In fact, when Blue’s Clues launched, the study by Dr. Dan Anderson showed that with multiple viewings, “comprehension improved, & children increased their application of a demonstrated problem-solving strategy to problems both shown & not shown by the program.”

It was important for us to understand how kids were watching the show in their own homes & how the lessons would play out in their own lives. We sent a DVD to parents of kids ages 2-6 & asked them to watch the episode over the course of 1 week. They would then fill out the enclosed viewing diary, noting how many times their child watched & how they were using the lessons themselves.

We were thrilled to get these viewing diaries back. Kids were asking to watch the episode again & again. And after watching this episode only a few times, kids were applying the lesson into their own lives!

Some of my favorite feedback:

Zachary was upset that the bubble bath dissolved and I started the phrase and he finished it, then discovered he could make more bubbles by splashing. (Parent of boy, 3.75)

When Tamar was drawing a picture she “messed up” something in her picture but then just changed it to something else, like Daniel did in the first story. (Parent of girl, 6.25)

Teaching disappointment was a strong catalyst to propel our desire to enrich children’s lives by teaching many important, but overlooked, emotions such as empathy, resilience, persistence, and unconditional love in addition to sharing, remembering to go to the potty, and mad feelings.

Zach said he had an idea of how to fix his broken zebra and turn it around and make something good.  (Parent of boy, 3.75)