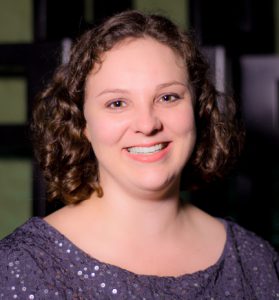 This week, we’re sharing another behind-the-scenes look at the making of Daniel Tiger’s Neighborhood, through the eyes of our fabulous Producer extraordinaire, Sarah Wallendjack.

Explain your role as Producer & a bit about your creative process.

I am the Producer on Daniel Tiger’s Neighborhood & am part of a team that oversees the making of the show. I get to participate in all aspects of the show, from brainstorming story ideas, all the way through the end of the process where we put the final sound effects to the finished show. I work closely with the creators & help ensure that their vision ends up on screen.

A large part of my job is communicating between the production company (based in Toronto), PBS, the Fred Rogers Company, the writers, the researchers, the directors & the artists. It’s an extraordinary team of people & I like to think I have the best seats in the house. 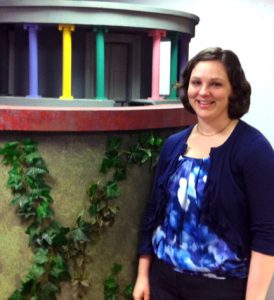 The neighbors! I get to work with all the team members in the neighborhood & I love the collaboration. So much work goes into an episode – it takes almost a full year to execute an idea & turn it into something you watch on TV.

The world feels very real to me & when Daniel turns to camera, it feels like he is talking directly to me. Although I know what kind of trade secrets it takes to pull off this illusion, I always believe.

There is such immense talent in this neighborhood that I couldn’t imagine taking this trolley ride with anyone else.

There are endless conversations about Daniel’s pants. I hadn’t anticipated that this would be a source of such controversy, but it gets me giggling every time. 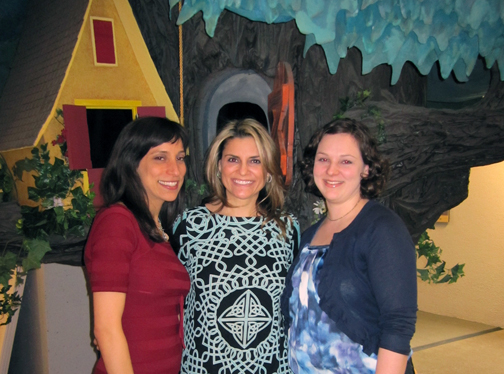 What was the most emotional moment for you while making the show?

We brainstorm new ideas for the show at the Fred Rogers Company offices in Pittsburgh.  They operate out of the WQED studios, where Fred Rogers originally shot Mister Rogers Neighborhood. Stepping into the studio was like entering a shrine. Fred, through the work he did at that studio, helped shape me & inspired me to pursue children’s television as a career.

It is a real honor to be working on a show that was inspired by the work of Fred Rogers.

We feel a real sense of pride in the work that we do & challenge ourselves every day to create a show Fred would be proud of.

I got to peer through X the Owl’s tree house door & felt humbled that I get to carry on this legacy. 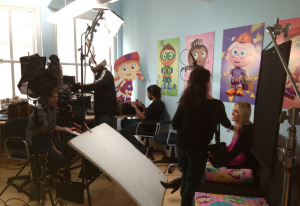 Sarah is the Producer of Daniel Tiger’s Neighborhood & Associate Producer of Super Why! Prior to joining the Out of the Blue production team, Sarah worked on Nickelodeon’s Wonder Pets!, Disney’s Go Baby! & Disney’s Johnny and the Sprites! She is a graduate of American University’s Visual Media and Arts and Cultural Management programs. Sarah also serves as the President of the Children’s Media Association. She enjoys scuba diving, skeeball, the Muppets & jumping on a trampoline.