Research behind Daniel Tiger & Super Why 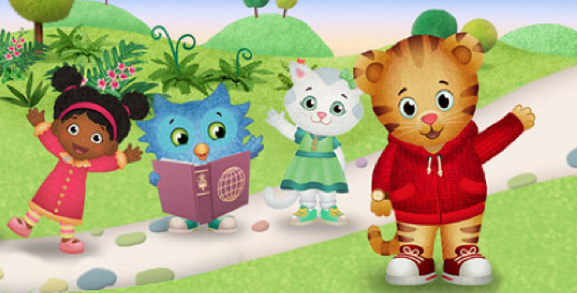 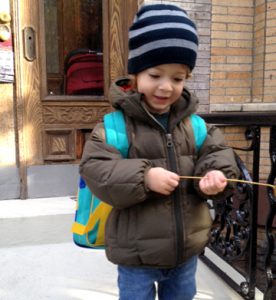 This week, we’re giving you a behind-the-scenes look at an integral phase of development for Daniel Tiger’s Neighborhood & Super Why!. I sat down with our Research Director, Rachel Kalban, so she can tell you a bit about the research process & her experiences working on the series.

Explain your role as Research Director & a bit about your creative process.

At Out of the Blue, we believe that the only way to know if children will enjoy or understand a story is to ask them! We start doing this very early on in the process of creating a Daniel Tiger’s Neighborhood episode. The research team creates a storybook based on an early draft of each script, & takes it to where the kids are: preschools, daycare, Head Starts. We sit on the floor with small groups of preschoolers & read them the story, asking questions along the way. In doing so, we are able to assess if & how the kids are understanding & learning from the story.

The time I spend with the kids is not only the most fun part of my week, but also the most important, as the process teaches me so much about how kids think & process new information.  After each research session, I sit down with the writing team & explain what the preschoolers taught me: what they liked, or didn’t like, how they understood the story, how much they were interacting and singing along… & we then work together to rework the script so that it is both maximally educational & appealing. I use the information that the preschoolers give me along with my knowledge of child development to give notes at all stages of production. 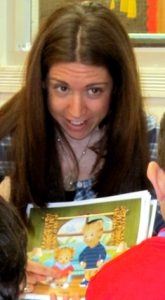 Oh wow, there are so many! As a child that grew up with Mister Rogers, I of course love the nostalgia elements that are woven into the new series. And I love that we push kids to use their imaginations. I think my favorite thing is how we are right where the kids watching are, dealing & grappling with the same issues. I have had parents tell me that their child “IS Daniel!”

I love that we take themes like not wanting to share, or feeling jealous, or even not wanting to stop playing to go to the potty as serious issues, because they are for these little ones, & they deserve to have them recognized and dealt with as such. We strive to do so with love & even some humor!

What was the most emotional moment for you while making the show?

I get very emotional when I get to talk with parents of viewers. When the pilot episode premiered, 1 parent told me she overheard her son singing, “Grownups come back” when he was put to bed. Another parent said her son now tells his friends, “You can take a turn, & then I’ll get it back,” (he, like Daniel, also reminds her ‘When you feel so mad you want to roar, take a deep breath and count to four!”)

I don’t want to say I was shocked to hear these responses, because we worked very hard on getting the ‘strategies’ just right & that was always the plan, but it really moves me that we have given kids tools they can use in these hard day-to-day situations.

Just recently, an aunt of a child with Asperger syndrome told me that Daniel Tiger’s Neighborhood is one of the few shows he is allowed to watch because of how much it has helped him.  The family had just been to a restaurant, & in this new place, with new people, he knew just what to expect, because he had seen Daniel do it in “Daniel’s Night Out at the Restaurant”. Something that was very hard for him just a few weeks before was now manageable & enjoyable: he looked for the waiter, sat with his menu, waited patiently & had a wonderful night – just like he had seen his friends do. 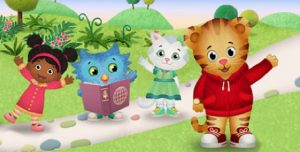 Sure, I like hearing that we get high ratings, but these stories are the reason I do what I do.

What was your most embarrassing mistake while working on the show?

In the beginning I was always saying Prince Tuesday instead of Prince Wednesday & X the Owl instead of O the Owl.  Almost thirty years later, those original characters still stuck with me!

On behalf of  hundreds of thousands of children, Thank You Rachel!

Rachel Kalban is the Director of Research & Curriculum at Out of the Blue Enterprises, a leader in children’s educational media.

Prior to her work with Out of the Blue, Rachel completed her Masters Degree in Developmental Psychology at Teachers College, Columbia University & held several positions at Nickelodeon & Penguin Publishing Books for Young Readers. Rachel received her Bachelors from Cornell University.