Fred Rogers’ Message from a Friend 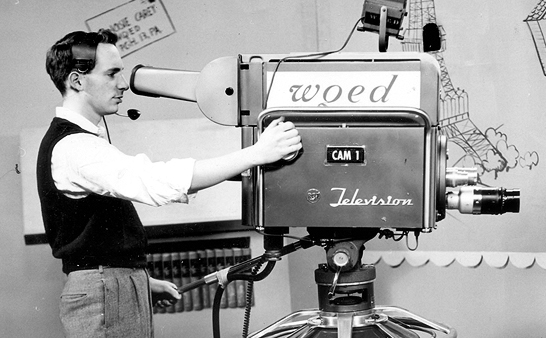 With his reassuring tone & direct eye contact, Fred Rogers made every viewer believe he or she was special. He even paused long enough to “listen to” our responses, making us each feel like we knew him. But recently, I had the opportunity to speak with someone who actually did know & work with Fred personally. Joel Dulberg grants us a unique window into the past at WQED, where at the age of 16, he worked alongside Fred Rogers on his live show, The Children’s Corner. Joel explains the immense impact that Fred had on his life, & how even in a drastically different television landscape, Fred’s messages are still as, if not more, significant today.

How did you first get involved with WQED? 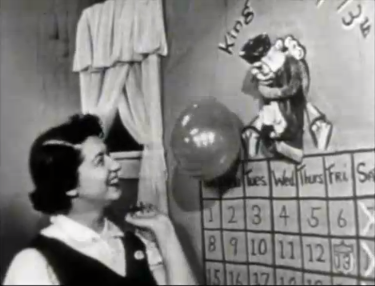 In late 1953 (60 years before Daniel Tiger’s Neighborhood first aired) I read a small news article stating that Pittsburgh had been assigned an educational TV station, to be located in the offices of the Pitt. Plate Glass Company in Oakland. I immediately started to ride my bicycle every day from high school in Squirrel Hill to Oakland and camped out on the station steps. A woman named Marion Keating, the receptionist at the time, would yell at me almost daily to leave. One day, in the midst of her yelling, the GM of the station (William A. Wood), came out to see what was going on. I explained to him how badly I wanted to get into TV & that I hoped to become a cameraman one day. After going over a host of details as to my grades & availability to work at the station, he offered me the chance to “come inside”..& the rest is history.

Bill Wood took me around WQED & introduced me to the staff as the new office boy. He introduced me to Fred Rogers & Josie Carey who became immediate close friends & supporters of mine in my quest to work behind the cameras. Over the next couple of months, the WQED engineering staff trained me on the art of working a camera. By the time WQED went on the air for the 1st time on April 1, 1954, I was proud to have been 1 of the 2 cameramen working on the broadcast on that eventful night. In the days that followed, I worked on daily episodes of The Children’s Corner until I moved to NY with my parents in ’55. 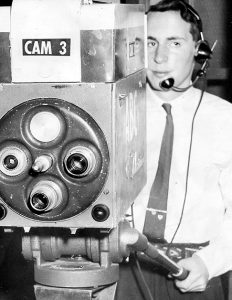 How do you think children’s TV production compares today?
There is no comparison in today’s world to those early developmental days when it comes to children’s TV production. First of all, we did not have any of the fantastical technical tools when it came to animation such as exist today. Children’s program budgets in those early days were almost non-existent. Fred once said that the total budget for The Children’s Corner was $150.00 a week… not much to work with! Secondly, the shows back in the late 40’s & early 50’s were all filmed live, so any mistake that took place were seen immediately by the TV audience.

Of more importance, however, was the fact that most early TV programming lacked so many of the teaching tools we now accept in today’s children’s productions. Most shows back then did little or nothing to help educate a child (WQED and The Children’s Corner aside, of course!). There is a much greater emphasis placed on learning than there was back then. Many of those early Saturday morning shows devoted to entertaining kids were, to put it mildly, “just plain silly”. That no longer is true from what I’ve been seeing of late.