Is Your Babysitter a Thief? 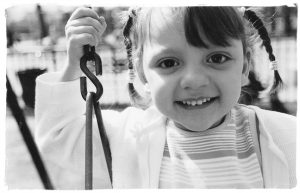 Is Your Babysitter a Thief?

As my daughter & I spun faster and faster on this metal, corkscrew-ish playground contraption, we chuckled at each others’ inability to control the speed nor eject ourselves from the ride. Our laughter erupted into uncontrollable hilarity. And for a brief second, I stepped outside myself to capture a mental snapshot of that incredibly beautiful image of her happiness, for what I hope will last forever.

She has the deepest, big brown eyes which were looking into me and overflowing with life and pleasure and love. To know that it was something I had done or shared with her to create such joy, caused my eyes to do more than well up.

Even though I knew this moment was fleeting, I had to get off before I threw up. So I essentially did some fall/jump combination and landed gracelessly on the ground, with my daughter’s butt immediately smacking me right upside my head. Laughter erupted again..transformed into the hiccups for her..resulting in further cackling from us while rolling on the ground holding our stomachs, from a case of laughter induced cramps.

Selfishly, it’s difficult for me to know that someone (aside from my family or close friends) could share similar, intimate moments with my daughter. But some time ago, when I learned that our sitter (of a few years) had been stealing from us, I was insensed.

I spent many years hating her. Not because of the money. That was the easy part..the known part.

I hated her because I let her in..treated her like family. And in return she showed me how careless I was. 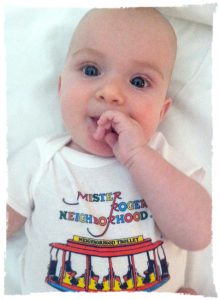 The big tough man, I would pretend to be, almost cried when I threw her out of our house. Why? Because I allowed such a stranger the opportunity to spend such time with my child..to say nothing of what my child might have learned from her.

Eventually, my hate turned to pity. And now I’m grateful that the experience forced me to see clearer & straighten out a few priorities.